Dodging the flooded roads I finally made it to Sydney around 1am, and settled into my very noisy city centre hostel for the night. After watching the news unfold of the disaster in Queensland over the following days, I felt relieved I had decided to travel south instead of north for the New Year.

I’d arranged to meet up with Mark (one of the tour guides on our trip up to Broome), and after a rather nice reconciliation at the airport (yes, I realise I’m going to get a lot of comments and questions about this part of my trip!), we picked up a car and headed up into the Blue Mountains, where we’d planned to spend a couple of relaxing days before heading back to the bustle of Sydney for the New Year Celebrations. 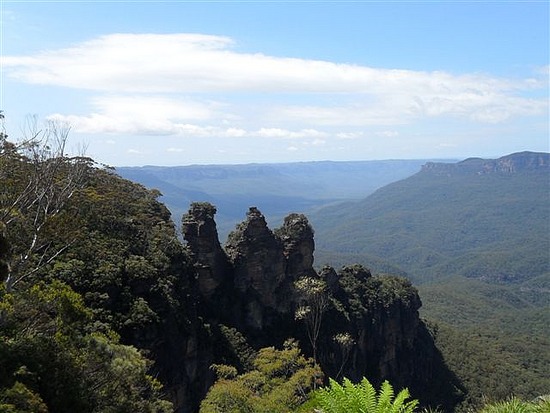 We were staying at a pretty little guest house in the town of Katoomba, nestled amongst the impressive gorges of the Blue Mountain ranges. Having the car meant we could explore the area at leisure and we set off to visit the Three Sisters, a rock formation shaped like three women. The Aboriginal Dream Time legend goes that three aborigine sisters had fallen in love with three brothers from an opposing tribe. The brothers tried to kidnap the sisters so a local witch doctor turned them to stone to protect them. However he was killed in the battle before he could reverse the spell and they remained frozen for perpetuity.

Although cooler than the city, the following days it reached the 30s but we enjoyed a couple of bushwalks to stunning lookouts over the gorges, waterfalls and mist covered mountains. Our last morning was spent experiencing the Scenic Railway, the world’s steepest passenger railway which took us down the valley into the bottom of the gorge. 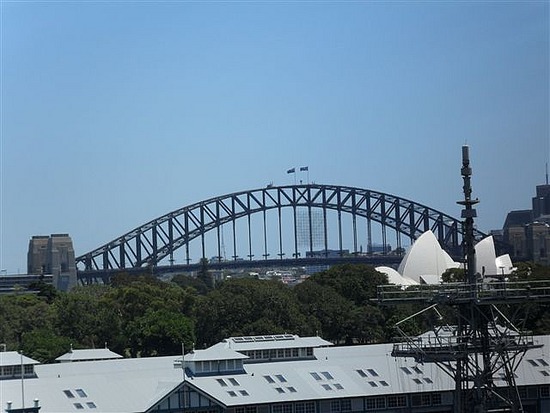 Our View for New Year’s Eve

Back in Sydney we checked into our accommodation at the University of New South Wales (a room here was cheaper than a hostel and ten times better – no grotty student digs for these guys), we had started to plan our New Year’s Eve. Watching the celebrations and fireworks in Sydney had been an almost lifelong ambition for me. The stunning displays over the harbour bridge and opera house had always impressed me when they were shown on British TV, and my vision of enjoying them with a glass or two of champagne, in the warm night air was about to become a reality. By a fabulous stroke of luck, Mark’s brother and his wife had decided to spend a few days in Sydney, and their daughter had an apartment overlooking the harbour, where they had invited us to join them.

So instead of queuing up with the crowds to get a good spot on the water’s edge, we had our own private balcony with the most amazing views, with good champagne, good food and good company on tap! The fireworks lived up to my expectations and this was a New Year’s Eve that I won’t forget in a hurry. 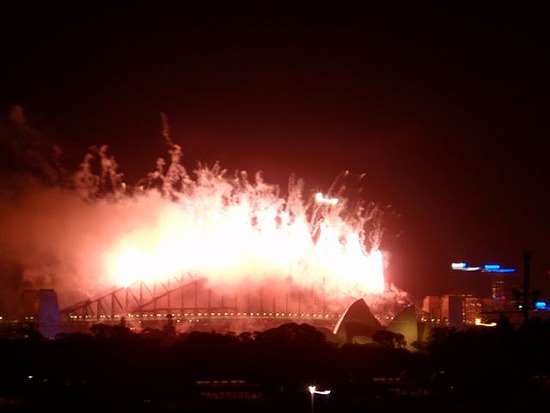 I finally convinced Mark to walk back through the city to our accommodation to “soak in the atmosphere”, and two hours later, we were still soaking it in, albeit a bit less enthusiastically than when we set off! After a very late start the next day, we enjoyed a spot of shopping in Paddy’s Markets, a large complex where you could buy anything from knickers to cabbages and most things in between.

After sharing a half decent curry in the picturesque suburb of Rose Bay, we said goodbye to Terry and Pam and promised to come visit them in Canberra on my next trip. Mark was returning to Perth the following evening, so despite the increasingly gloomy weather, we hopped on the ferry over to Manly for a picnic on the beach before I saw him off at the airport.

On my final day in Sydney, I had arranged to meet up with Jo, who worked with me back at EMI in the 80’s. We hadn’t seen each other since just before she emigrated here 5 years ago, so it was a lovely re-union and great fun catching up with each other’s lives. 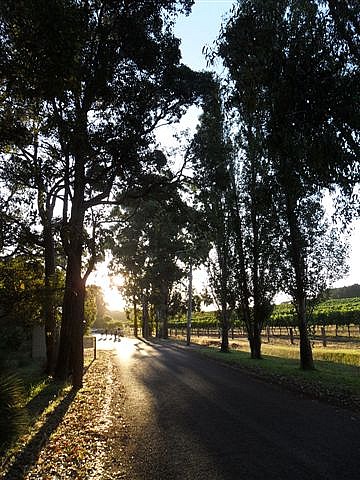 Film Night at the Winery

So… this is where my story starts to turn into the plot of “Eat, Pray, Love”!!! (substitute “Drink” for “Pray”). (For those not in the know – a book/chic flick about a woman who feels her life needs a change of direction, so goes off travelling).

Taking me completely by surprise, I found myself falling for this funny, rough, tough but very sweet Aussie bloke, who’d pursued me all the way across Australia and who had made my New Year extra special. He’d persuaded me to follow him back to Perth while I was waiting for my Indian visa to be processed. So, my last two weeks in Oz were spent making myself at home in his comfy house on the outskirts of the city.

Perth definitely seems to enjoy one of the best climates in the whole of Australia and while hot (who cares when you have a pool, a cool drink and an air conditioned house), enjoys more days of sunshine than anywhere else and an average winter temperature of 21 degrees. 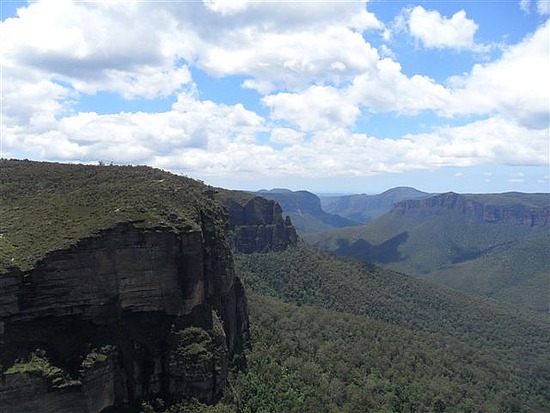 We decided to leave Perth for a few days to explore the scenic Margaret River coast, south of the city. Our trip took us through the stunning seaside resorts of Yallingup, Busselton and Dunsborough, rolling farmland, wineries. Mark took great pleasure in showing me around his beloved Western Oz and I think he found it a nice change since most of his tours were to the north of Perth. Unfortunately I caught some kind of virus and felt a bit under the weather while we were there, but still enjoyed our stay, and in between doctors visits, exploring August and the Cape Leeuwin–Naturaliste National Park.

We had a lovely evening watching a film under the stars with a picnic, lazing on the lawn of the Mentelle winery. Stopping off for lunch at the pretty town of Dunsborough with it’s white sands and crystal clear waters, we returned to Perth for a few days where Mark enjoyed introducing his new “Pommie girl” to some of his friends and family . 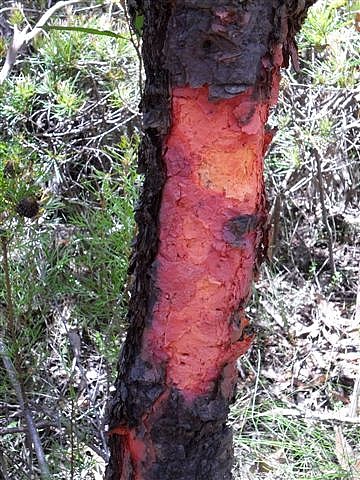 Sadly, my time in Oz was coming to an end – my Indian visa had finally come through, and I had managed to change my flight to Singapore so that I didn’t have to return to Sydney. My six weeks in Australia had been more eventful and memorable than I had ever imagined. My trip had taken on a new meaning, my life had been turned upside down, maybe fate had played a hand and I have a feeling I will be seeing a lot more of Perth in the very near future (enigmatic, or what???!!!).

PS: If they ever make a Hollywood movie of my story, I want Cameron Diaz to play me! Not sure who would play Mark (Mel Gibson perhaps?!).